The following paragraph from the very smart and well-written book I am reading today is certainly not rocket science, but it is a very nice, concise summary of the way in which the 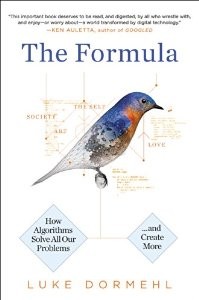 making of a bestseller can be very much a social process, all the more so in the age of the ebook:

“… there is an accidental quality to success, in which high-ranking songs take an early lead for reasons that seem inconsequential, based upon those taste-makers who sample it first. Once this lead is established, it is exacerbated through social feedback. A bookshop, for instance, might notice that one particular book is proving more popular than others, and therefore decide to order more copies. At this stage, the book may be selling 11 copies for every 10 sold by its next most popular rival–a marginal improvement. But when the new copies arrive they are displayed in favorable places around the shop (on a table next to the front door, for example) and soon the book is  selling twice as many copies as its closest rival. To sell even more, the bookshop then decides to try to attract new customers by lowering its own profit margins and selling the book at a reduced price. At this point the book is selling four times as many copies as its closest rival. Because customers have the impression that the book is popular (and therefore must be good) they are more likely to buy it, thereby driving sales up even more.”

from The Formula: How Algorithms Solve All Our Problems . . . and Create More by Luke Dormehl (Penguin: Perigee Books – November 4, 2014)

1 thought on “The Social Construction of a Bestseller, from The Formula”